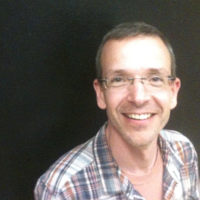 Dan Johnsen Pictures
This entry or version has yet to be approved by our editors.

Game mastering table-top role-role playing games since 1983, Dan has run games in every story genre. Having both helping to lead and leading several games at both Gencon and Joncon for several years as well as having a weekly gaming group, he has developed many techniques to lead and create storylines, characters, and methods of game-mastering enhancement of stories for up to 85 people at a time per gaming session. On an educational standpoint, Dan earned a Bachelor of Arts in Communications, Organizational Persuasive Argument in 2008. He currently lives in Saint Paul, Minnesota with his partner and has a small, energetic dog who likes to bark at squirrels.