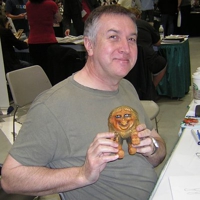 British comic artist Barry Kitson broke into the industry while drawing Spider-Man for Marvel UK in 1985. Throughout his career, he has worked on such titles as Amazing Spider-Man, Legion of Superheroes, 2000 AD, Batman, and Incredible Hulks. He is currently handling art duties for Marvel’s Captain America and Iron Man.