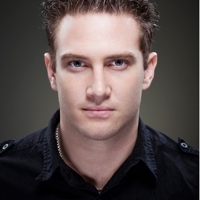 Bryce Papenbrook has been a professional voice over artist since the age of eight. He was introduced to the voice acting scene by his father, Bob Papenbrook, and has continued the trade in his footsteps. Bryce has performed in numerous video games, cartoons, and television shows. Some recent roles include Rin Okumura in Blue Exorcist, Asbel Lhant in Tales of Graces F, Zidane Tribal in Final Fantasy Dissidia 012, Masaomi Kida in Durarara!!, and Guan Ping in Dynasty Warriors. Past leading roles include Shugo in .hack//Sign Legend of the Twilight, Jack in MAR, Jack Russell in Radiata Stories, Hanabusa Aido in Vampire Knight, and Isami Fujiwara in Noein.