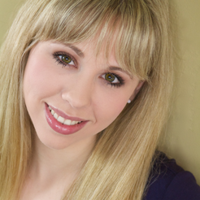 Alexis Tipton has been working in the anime industry for more than six years and has loved every minute of it. She can be heard in over 80 titles so far with more announcements on the way. Some of her credits include Saya Kisaragi (Blood C), Moka Akashiya (Rosario+Vampire), Inori Yuzuriha/Mana Ouma (Guilty Crown), Rika Shiguma (Haganai), Julia Crichton (FMA: The Sacred Star of Milos), Musubi (Sekirei), Mizuki Himeji (Baka and Test), Yomi Isayama (Ga-Rei: Zero), Sun Seto (My Bride is a Mermaid), Yamada’s Eros Deity (B Gata H Kei), Laila Seiren (Hero Tales), Kaori Tanaka (Shiki), Emi Kizaki (Linebarrels of Iron), Shizuku Ishiki (King of Thorn), Chibi Japan/Kumajiro (Hetalia), and many other titles.

On top of anime dub work, her voice can also be heard in a handful of video games and foreign live action film dubs. She has also provided vocals for character songs and a few of FUNimation’s trailers. She has been a stage actress most of her life and has just recently begun a new acting adventure in film. Alexis is represented by The Horne Agency. Twitter: @AlexisTiptonVA