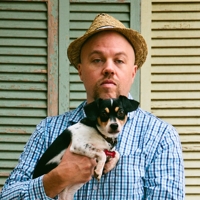 Tyler Walker is an ADR director, line producer, script writer and voice actor for FUNimation Entertainment. A native of East Texas, he grew up spending equal time playing in the woods, playing Atari, and watching cartoons like Scooby Doo, Superfriends, Star Blazers, and Battle of the Planets. After graduating from the University of North Texas with a BA in Radio, Television, and Film, he spent time playing in bands and eventually started working as an ADR engineer and production assistant at FUNimation in 2002. A bit of trivia: His former band, The Pointy Shoe Factory, had three songs featured in Dragon Ball Z Movie Eight: Broly, The Legendary Super Saiyan.

Since then, he has worked as ADR director on nearly one thousand episodes of such series as Baccano!, Toriko, Ghost Hunt, Basilisk, Black Cat, Samurai Warriors, Phantom: Requiem for the Phantom, Hell Girl, Is This a Zombie, Kado: The Right Answer, Tales of Zestiria, 91 Days, Dies Irae and King’s Game. Currently, he’s directing two simuldubs; Hakyu Hoshin Engi and Basilisk: Ouka Ninja Scroll. In addition to directing and producing, he has also written hundreds of scripts for titles such as Fairy Tail, One Piece, Bamboo Blade, Phantom: Requiem for the Phantom, Hero Tales, Shangri-La, Samurai Warriors, and both seasons of Is This A Zombie. When he’s not at the FUNimation studios, Tyler plays drums and produces music for his bands, Wirewings and 100’s. His wife, Heather, has appeared in several titles like Maken-Ki, Shangri-la, Fairy Tail, Toriko, and Overlord as well. Somehow they still find time to go play in the woods with their three dogs.