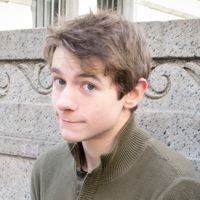 Matt Shipman is a Texas and New York based Voice Actor, ADR Writer, ADR Engineer, and all around nerd-guy. He is best known for voicing Shay Obsidian in Yu-Gi-Oh Arc V, which is currently airing on NickToons. Additionally, he can be heard in DARLING in the FRANXX as Hiro, GOSICK as Kazuya Kujo, Juni Taisen as Snake, Kakuriyo: Bed and Breakfast as Byakuya, Legend of the Galactic Heroes: Die Neue These as Julian Mintz, Ai no Kusabi as Norris, World War Blue as Gear, Basilisk: The Ouka Ninja Scrolls as Tadanaga, Touken Ranbu: Hanamaru as Higekiri and several other anime including Attack on Titan, Black Clover, and One Piece. Matt writes scripts for Funimation (New Game!!, A Sister’s All You Need., KARAKAI JOZU NO TAKAGI-SAN) and Media Blasters (Juden-Chan, Ai no Kusabi) and works as assistant director for Media Blasters titles. He also co-owns Kocha Sound alongside Brittany Lauda. Matt plays Street Fighter, loves the Zero Escape and Persona series, watches seasonal anime, plays card games, and loves to talk about all things nerdy. Talk to him on Twitter (@MattShipmanVO)!