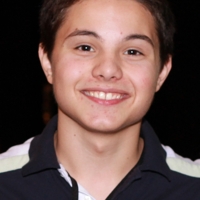 Zach Callison is a voice actor known around the world for many roles, but particularly for playing Steven in Rebecca Sugar’s Steven Universe. He’s also played Prince James from Sofia the First, Billy from I’m in the band, King Tut in Mr. Peabody & Sherman, and more. Callison has been nominated for numerous awards including the “Best Performance in a Voice-Over Role (Television) – Young Actor” category and the “Best Performance in a Feature Film – Supporting Young Actor” for his role in “Rock Jocks”. He won the Behind The Voice Actor award for Best Male Vocal Performance by a Child for his role in Stephen Universe.