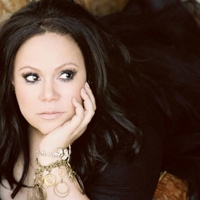 Mela Lee is an American voice actress for film and television as well as a singer/composer based in the Los Angeles area.

As a voice actress, Mela has been featured in numerous commercials, animated series, games and movies. She first got into voice acting when she auditioned for “Vampire Princess Miyu”, but the director had her read for “Saint Tail”, and she was cast as the title character Meimi Haneoka / Saint Tail.  She would later land the vampire role of Yuki Cross in Vampire Knight and a starring heroine character Rin Tohsaka in the popular Fate/stay night series.  Additional popular anime roles include Erika Karisawa in Durarara!! (1&2), Rena Ryugu in When They Cry, Shinku in Rozen Maiden, Rachel Alucard in Blaz Blu, Darry in Gurren Lagann, Rin Asano in Blade of the Immortal, Kana Lenada in Nura: Rise of the Yokai Clan, and Freyja in Sword Art Online II.

In addition to her animation voice over work, Mela is involved as a voice matching specialist for shows including Gotham, True Detective, & Ballers with Dwayne Johnson.  She also worked on House of Lies, The Good Wife, SouthPaw, Warm Bodies, Drive with Ryan Gosling, Pirates of the Carribean: On Stranger Tides, Better Call Saul, CSI: NY, Community, and Entourage.

Outside of voice acting, Lee is a founding member of Magnolia Memoir where she composes music and lyrics.  As a vocalist, Mela’s five octave range and unique sound are reminiscent of the spirit of a young Etta James or Billie Holiday, the mischievous sensuality & playful rock edge of Gwen Stefani and the winsome vocals of Adele or Sam Smith. Lee’s voice is classic, stunning, and instantly familiar. The late Andrae Crouch said of Lee, “She has the voice of an angel and can break the heart of heaven.” Activist/Comedienne Margaret Cho was quoted,  “…Mela’s voice and lyrics are stunning and altogether unforgettable.”

Magnolia Memoir’s last two albums ( Pale Fire and The Perfect Crime) are available on iTunes/Amazon and have made the iTunes Top Picks.

Additionally, as a composer Mela’s work can be heard on the cult web Series “7 Minutes in Heaven” with SNL alum Michael O’Brien for Lorne Michael’s Broadway Video, as well as a theme song for the Darick Robertson/ Grant Morrison Ltd Edition Series “Happy” (that includes a nod to Lee with a picture of her band on a taxi cab in the final pages)