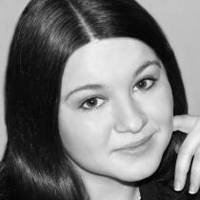 Margaret (Meg) McDonald is a Houston based actress and all around nerd. McDonald first got started in the voice over industry after auditioning while she was still in school. After getting her BA in Drama from the University of St. Thomas, Meg pursued a full time acting career in the booth as well as onstage. Her most notable roles in anime are: “Harumi” in Citrus, “Rikka Takanashi” in Love, Chunibyo, and Other Delusions, “Tama” in Death March to A Parallel World Rhapsody, “Miho Nishizumi” in Girls und Panzer, “Tamako Kitashrikawa” in Tamako Market, and “Isuzu” in Log Horizon. She can also has supporting roles in Watamote, Hakouki, Little Busters, Maria Holic, Mayo Chiki, Rozen Maiden: Zuruckenspulen, Maidsama, and Nobunaga the Fool to name a few. She also appears in Parasyte: The Maxim and Akame Ga Kill.