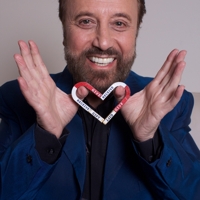 Yakov Smirnoff’s quest to understand the science of happiness took him to the University of Pennsylvania where he earned a master’s degree in psychology in 2006 under the supervision of Dr. Martin Seligman, the father of positive psychology. Today, in addition to being a comedian, Yakov is also an adjunct professor at Missouri State University where he teaches a course on happiness and laughter and is currently earning his Doctorate of Education in Organizational Leadership at Pepperdine University’s Graduate School of Education & Psychology in Los Angeles, CA.

In “Happily Ever Laughter”, Yakov takes his comedy to a new level to showcase laughter’s effects on relationships and envisions a world where sadness and tears are replaced with love and laughter. Whether on stage or in a classroom, Yakov’s audiences love him. He is passionate about helping people extend the honeymoon stage of their relationships and “fall in love and laughter all over again.” See more at http://www.yakov.com/