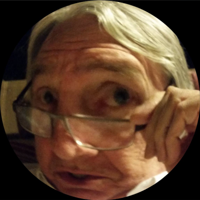 R Bruce Elliott has been a professional actor for longer than probably 99% of you reading this have been alive, working in theatre, film (JFK, Fletch Lives), TV (Barney & Friends, Walker, Texas Ranger), commercials, radio, etc. He started dubbing voices for anime at Funimation in 2003 and has continued ever since, having performed almost 180 roles in approximately 160 anime shows and movies. From his first role as the bumbling detective Richard Moore in Case Closed, he has become known for his range and versatility in shows such as Samurai Seven, Full Metal Alchemist, Black Butler, Dragonball Z Kai, Attack on Titan, Space Dandy, Fairy Tail and One Piece. He can also be heard in movies like Empire of Corpses and Dragon Ball Z: The World’s Strongest, plus numerous video games such as The Walking Dead: Survival Instinct, Aeon Flux, Orcs Must Die (1 & 2), Borderlands 2, and eight different games in the Dragon Ball Z series as the fearless but brainless Captain Ginyu of the Ginyu Force.