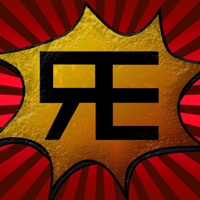 Random Encounters is a YouTube channel known for creating musicals based on popular video games, such as Pokémon and Five Nights at Freddy’s. Our series includes over 70 musical numbers so far and has been watched over 150 million times by more than 650,000 subscribers. Their work even includes collaborations with corporations (such as Nintendo and Disney), events (Anime Expo, Sega’s “Sonic Boom”), and internet stars (Markiplier, Game Theory’s Matthew Patrick).