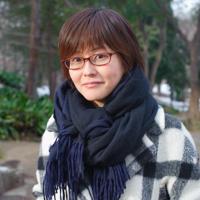 Terumi Nishii (西位輝実) is an animator and anime character designer from Japan, who has worked as a character designer on popular anime series’ such as MAWARU-PENGUINDRUM (2011), Servant x Service (2013), JoJoʼs Bizarre Adventure Part 4 Diamond is Unbreakable (2016), and Haikara-San ga Toru Zenpen~Benio,Hana no 17-Sai (2017), as well as working as animation director for Mushi-shi (2005-2006) and Casshern Sins (2008-2009). Her original comic work “Crown of Ouroboros,” which she has been publishing since 2016, can also be found online. Recently, Netflix announced the production of Knights of the Zodiac: Saint Seiya, and Nishii will be in charge of character design.