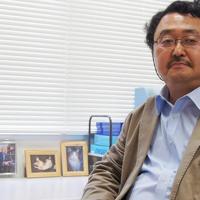 Hiroaki Inoue is the producer of some of the most iconic anime movies and TV projects in the Japanese animation industry of the last four decades. As the co-founder of the famous studio GAINAX, his career has included collaborations with many great pioneers of the industry including Tezuka Osamu (Astroboy) and Katsuhiro Otomo (Akira, Memories). Fans are likely to recognize his works such as Ah! My Gooddess: The Movie, Tenchi Muyo!, El Hazard, Blue Gender, Tenchi Universe, and Gunbuster, among dozens of other popular anime.