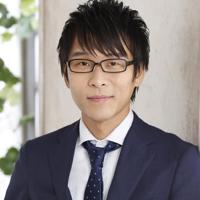 Animation artist, key animator, and director Takashi Otsuka has worked on dozens of popular anime series that anime fans across the world have become familiar with. Among these he directed as either director or episode director, fans are most likely to know Heartcatch Precure!, Precure All Stars, Eiga Smile Precure, or Yes! Precure 5 of the Precure series. He has also contributed to such works as Attack on Titan, Bakuman 2, Dragon Ball Z Kai, Maid Sama, One Piece, and Shimoneta, among many others.