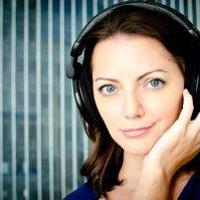 Kara Edwards is a voice actor, photographer, and mom. She’s most well known for voicing Goten, Gotenks, and Videl in DragonBall Z, Kai, and Super. Additional anime roles include Nymph in Heaven’s Lost Property, Chihiro in Danganronpa, Cody in Ace Attorney, Aika in High School DxD, Pipimi in Pop Team Epic, Murugu in Yu Yu Hakusho, Eternal Feather in Soul Eater Not!, Female Russia in Hetalia, Young Ultear in Fairy Tail, Lil in One Piece, Febrie and Tesso in A Certain Scientific Railgun, and many more. Popular game characters include Shayne and Sister Aria in Battleborn and Athena and Beach Babe Aphrodite in Smite. Kara works full-time from her home studio and is often heard on TV, radio, and the web. Additionally, for the past ten years she has been the voice of Highlights Magazine, voicing monthly audio versions of their magazines. You can learn more at http://www.karaedwards.com