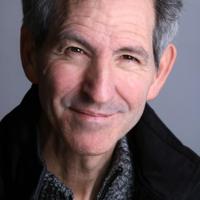 Joel Weiss has been an actor for more than 40 years and has appeared in more than 75 films, 60 plays and 40 television shows, and dozens of commercials, including multiple requests by acclaimed film directors Walter Hill, Garry Marshall and Robert Townsend. Joel kicked off his career as one of the stars of the classic cult film “The Warriors” as Cropsey, the Rogue gang member who has the unforgettable part of driving the Hearse http://thewarriors.neoseeker.com/wiki/Rogues%27_hearse. Other cult appearances are in the sci-fi/horror film “Congo” and as Cal Rooney, the carnival barker serial killer killed by fellow serial killer Dexter in the hit TV series “Dexter” http://dexter.wikia.com/wiki/Cal_Rooney. One of Joel’s most recent appearances is in the sequel to another cult film, in The Bronx Bull/Raging Bull 2. In addition, he has appeared in some of television’s most-loved iconic shows, like multiple episodes in both “Fresh Prince of Bel-Air,” and “Mike Hammer, PI” with Stacy Keach as his loveable but unlucky jailed bookie Morrey. MTV featured Joel as one of four actors, including Blair Underwood, in “True Life: I’m an Actor.” Joel has had starring roles in productions of beloved plays like “The Front Page” (Earl Williams), “Career” (Pinkie Bonaparte) and “One Flew Over the Cuckoo’s Nest” (Billy Bibbit). He recently finished “Dirty,” “Spaceman,” “Lost Angela,” “Killer Therapy” and “9/11,” his second of three requested films by director Martin Guigui. Joel is currently set to star in the film “86” from director David Diaz. Joel is a graduate of both Bronx Community College, where he teaches annually and is a spokesman recently honored at New York City Hall, and Lehman College in the Bronx, from which he has a Bachelor of Arts in theatre and speech.