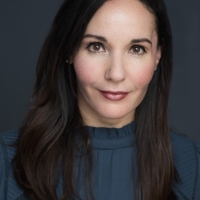 Patricia Duran is a native Houstonian with over twenty years of experience as a professional stage actor working locally, regionally, and in New York City. In the early 2000’s she did a little voice over work with ADV Films (now Sentai Filmworks), but it wasn’t until 2016 when she returned to her hometown after working in NY that she really became involved with voicing anime and fell in love with it! Some of her favorite roles include; Freya in Is It Wrong to Try to Pick Up Girls in a Dungeon?, Hikari Kagura in Revue Starlight, Nui-Nokata in Dororo, Kazuna Nishizono in Food Wars! The Second Plate, Kagari in Ushio and Tora, Chisato in BanG Dream!, Helga in Vinland Saga,Yayaka in Flip Flappers, Hina in Domestic Girlfriend, Princess in Princess Principal, and so many more!

She is a founding company member with Mildred’s Umbrella Theatre Company who strive to promote the empowerment of women in the performing arts. Duran received the 2020 Houston Press award for the Best Everywhere We Looked Player and in 2019 won Best Actress for her role as Maxima Terrible Segunda in The Hunchback of Seville. She has been recognized in American Theatre magazine as one of 20 Theatre Workers You Should Know. You can find her @www.PatriciaDuran.net or on Instagram as PatriciaDuranActor.