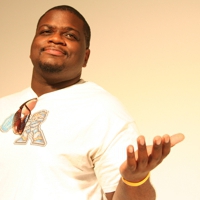 Mega Ran personifies what Hip-Hop should be: Spontaneous, fun, and true. Every album, starting with “Mega Ran” in 2007, conveys a different theme, a different vibe, and a different emotion. “Mega Ran” was a collection of sampled 8-bit beats from the hit “Mega Man” video game series, which was quickly discovered by CAPCOM. Instead of shutting down this hit music, CAPCOM offered Mega Ran a special licensing agreement and booked him to perform at Comic-Con and other special events. Since then he’s released albums including “RANDOMONIUM” and “FOREVER FAMICON” and “Black Materia,” and has toured with acts such as mc chris and MC Lars, playing in the US, UK, and Japan. He’s appeared in Playstation: The Official Magazine and Game Informer. Fans can learn more about Ran and download free songs at his website, megaran.com