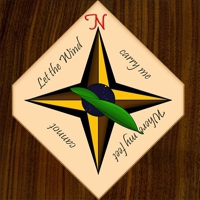 Airship O'Reilly Pictures
This entry or version has yet to be approved by our editors.

Long ago a young, or perhaps freshly painted, airship christened the Brazen Beauty set off her first journey from the far-away city of Tennesbury. After years of adventures too far-fetched to repeat, she found herself and her crew lost in a much stranger land… this one. Now renamed Airship O’Reilly, she and her crew come to Meta Con to… well… probably steal something.

Started back in 2007 as the Brazen Beauty, the Champaign, IL based Airship O’Reilly has since evolved beyond just a group of kids who wanted to make movies and have fun. Bringing together several slightly insane individuals, O’Reilly has become a force of entertainment, hosting events in their hometown, making costumes and accessories, and bringing the madness and chaos with them wherever they go.