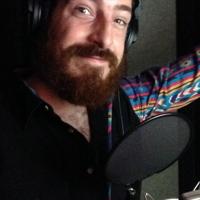 Marcus is an actor who provides the voices for many anime characters including: Bergamo in Dragon Ball Super, Taro in Dragon Ball Super: Broly, Tiger in My Hero Academia, Nobu Shimoguichi in Tokyo Ghoul, Dr.Hogback and Young Gol D. Roger in One Piece, Saito in Ghost in the Shell: Arise/OVA/Ghost in the Shell: The New Movie, Tomas in Attack on Titan/Attack On Titan: The Roar of Awakening, Heath Grice in Black Clover, Shelley De Killer in Pheonix Wright Ace Attorney, Terasaka in Assassination Classroom, Warcry in Fairy Tail, Don Bossman in Radiant, Sairaorg Bael in Highschool DXD, Ando in Chio’s School Road, Delico in Gangsta, Madarao in D. Gray-man ,Amata Kihara in A Certain Magical Index, and Cornet in Space Dandy!, Shokudaikiri in Touken Ranbu, Yamato in Nanbaka, Chihiro in Hinomaru Sumo, Jaswant in The Heroic Tales of Arslan, Argon in Show By Rock!!,Kazama in Ping Pong the Animation, Carrion in Reincarnated As a Slime, Kaede in Psycopass 2, Volpe in 91 Days, Kyioto in Prince of Stride, and many others. He is also the Narrator of the Golden Kamuy series . He was ​Nominated for 2015 Breakthrough Voice Actor of the Year by Behind The Voice Actors.com His directing credits include work on One Piece, One Piece: Heart of Gold, Alderamin of the Sky, Chaos Child, and Show By Rock!!. ​If you don’t see him in an Anime you can always find him acting on a stage , he is a classically trained theatre artist and has acted/directed in many different plays, musicals, rock operas including over 40 full length Shakespearean productions. He is also a fan of anime and gaming, some his favorite animes include Cowboy Bebop, Yu Yu Hakusho, and One Piece.