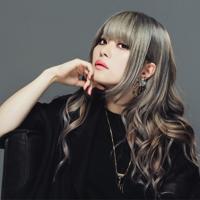 Fuki made her major debut in 2011 as the vocalist of a heavy metal band, and is known especially for her high-tone voice with great volume. Her singing voice is genuinely powerful, energetic and expressive. She works not only as a singer, but also as a radio MC, voice actress, narrator and song writer. Her representative songs are “Kagayaku Yoru e Youkoso!” which is the ending theme of the TV anime MYSTERIOUS JOKER, “Kamisama wa Kitto” which is the ending theme of the TV anime W”z , and “Tsuki Ga Michiru Mae Ni” which is the theme song of the mobile game Ikemen Revolution: Love and Magic in Wonderland. She is releasing her 2nd album “Million Scarlets” on June 12th.