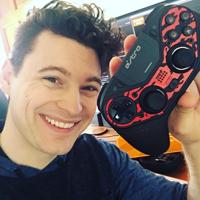 After training at NYU’s Tisch School of the Arts in New York, and studying Commedia dell’arte in Italy, Bryan Dechart was able to quickly gain a foothold in Hollywood and began working steadily in Movies and Television. He became world-famous for his role in the innovative game, Detroit: Become Human, where gamers determine the course of history around them. Thanks to Performance capture, he is recognized for his portrayal of Connor, “the android sent by Cyberlife”, which helped him build a huge fan base around the globe. Bryan is one of the world’s most watched variety streamers on Twitch.tv